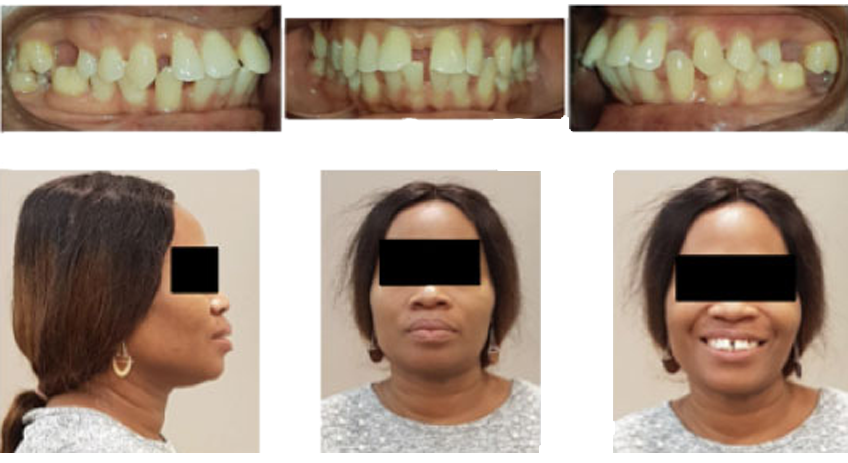 At Aligner Concierge, we see a wide variety of cases every day.

The following was an interesting case submitted to perform Pre-Prosthetic Orthodontic treatment.

The treatment plan requested by the doctor was as follows :
1) Create spaces for implant in the molar region of the upper and lower arch.
2) To achieve an anteroposterior relation as close to an ideal relation.
3) To correct the proclination.
4) To close the spaces. 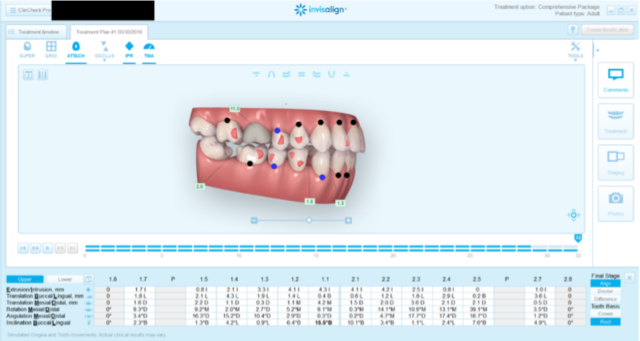 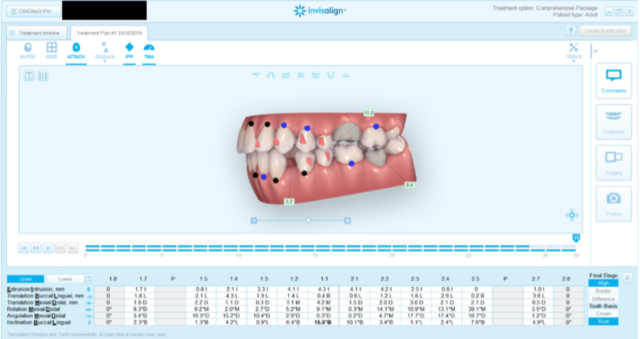 3) The midlines were off 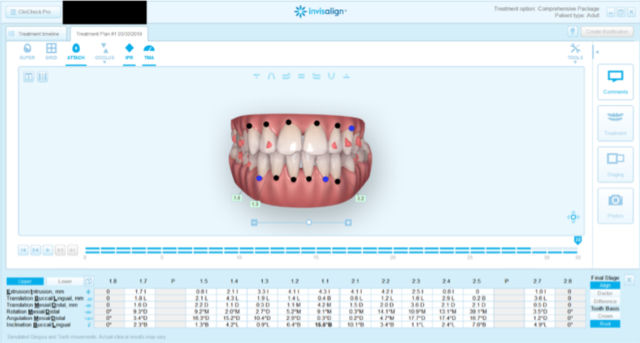 4) There was a significant amount of space left in the lower arch even though Bolton’s discrepancy did not suggest having so much space left. 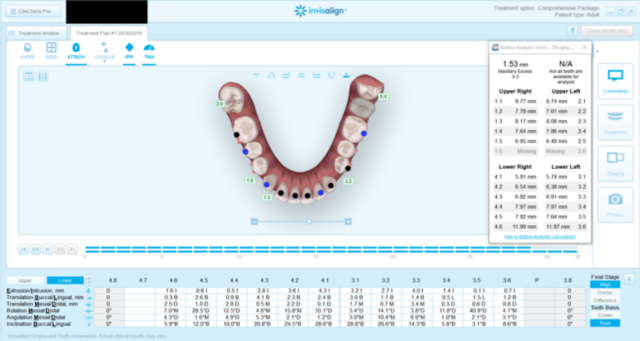 1) Good intercuspal relation on the right and left side with good interdigitation of posterior contact points.
2) A class I canine relation on both sides.
3) The position of pontic teeth, which would help in placing implants with a good molar relation.
4) Change of optimized attachments to conventional HBAs with maximum prominence to achieve retention of aligners.

The HBAs were also added to achieve better control over extrusive movements in the posteriors. 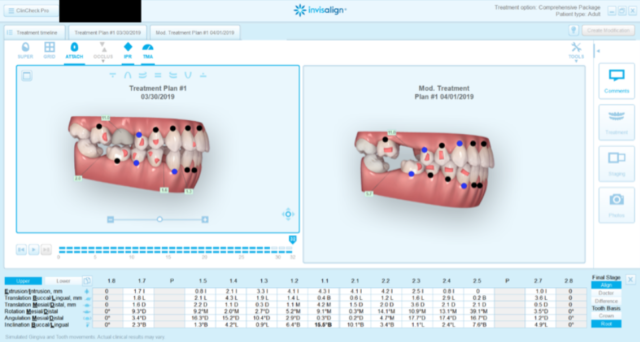 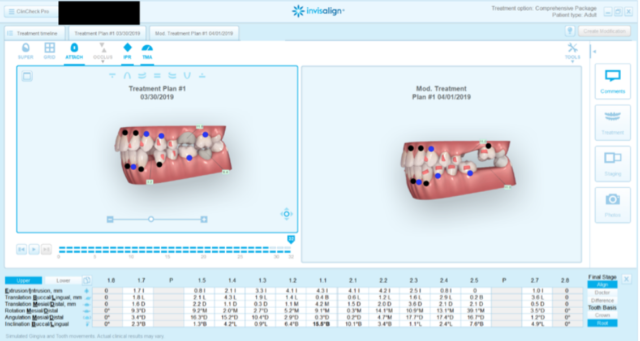 5. Broadening of upper arch form as per the facial structure of the patient as well as enabling further retraction of upper front teeth. 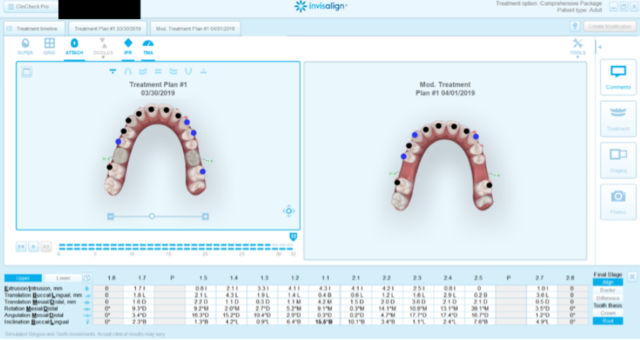 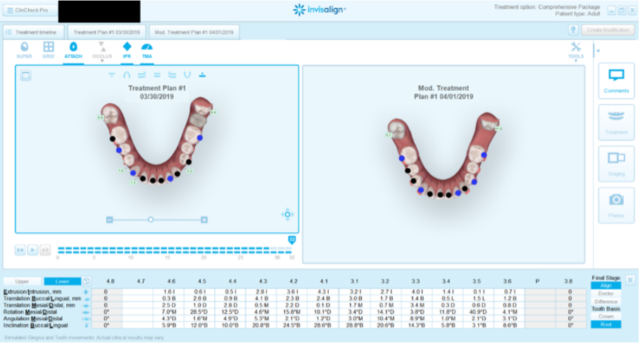 Treatment plan #2 came back for review

1) It had a good occlusion on both sides with a Class I canine relation. The proclination was reduced immensely and the spaces were eliminated. 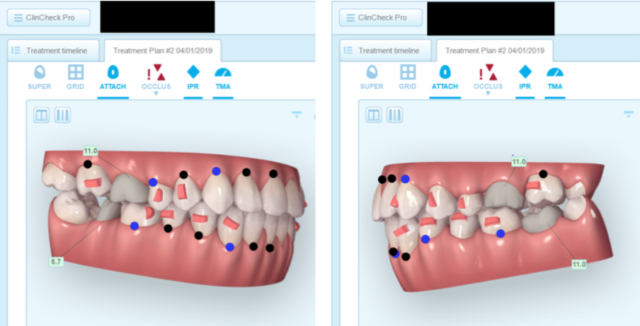 2) The Overjet and overbite were also set as per the doctor’s preferences. 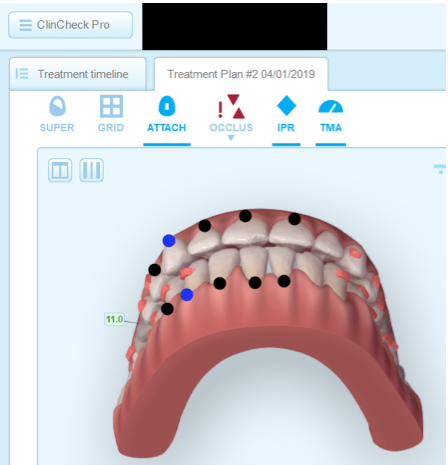 The doctor was fully satisfied with the enhancements made in the case. As per his feedback, he did not have to spend his clinical time making any changes as he was satisfied by the treatment plan modified by Aligner Concierge. It was the best possible treatment plan for pre-prosthetic orthodontic correction.

Keeping a close eye on your Invisalign / Treatment Plans