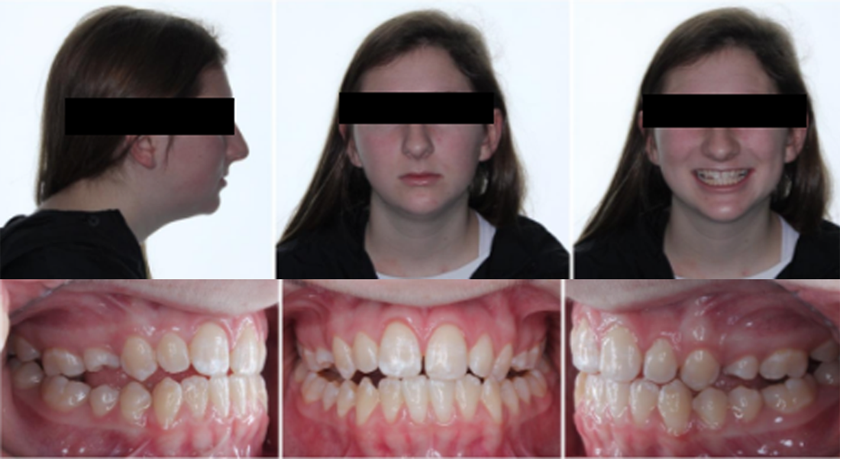 The below case was submitted by the doctor to correct the open bite. The pre-treatment clinical photos reveal:

2) The midlines were not coinciding

3) Space between the upper central incisors

5) Spaces in the maxillary premolar region In spite of the special instructions provided by the doctor, at stage 39 it was apparent that occlusion was not achieved. Surprisingly, at stage 40 an occlusion was seen both anteriorly and posteriorly indicating a bite jump without the use of any driving force.

1) Upper and lower midlines were not co-inciding

2) The lateral occlusion was not so interdigitated especially in the canine region on both sides. 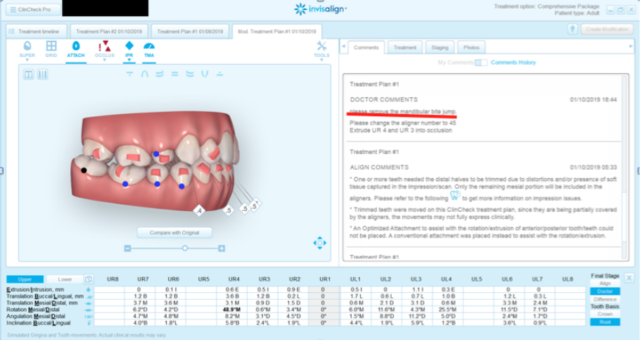 To meet the clinical preferences of the doctor and achieve attainable clinical results we asked Align to remove the bite jump. Following are the other modifications and enhancements made by Aligner Concierge:

In the frontal view: 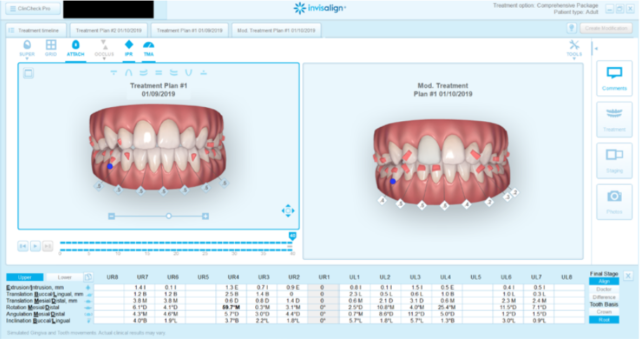 2) Correction of upper and lower midlines so that they coincide.

3) Since it was instructed by the doctor to not move UR1, the upper anteriors were leveled accordingly.

4) The lower anteriors were extruded and attachments were added to support the movement.

5) Change of attachments on upper and lower canines to help in extrusion and rotation correction.

In the right and left occlusion view: 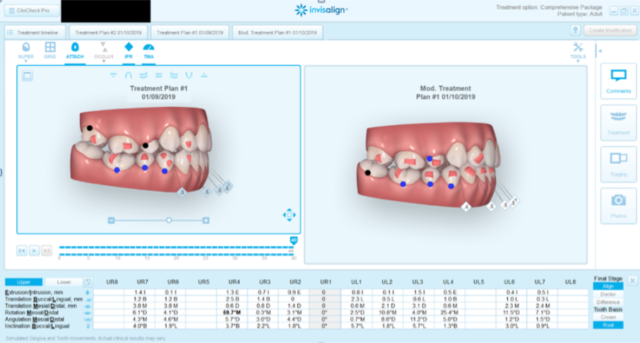 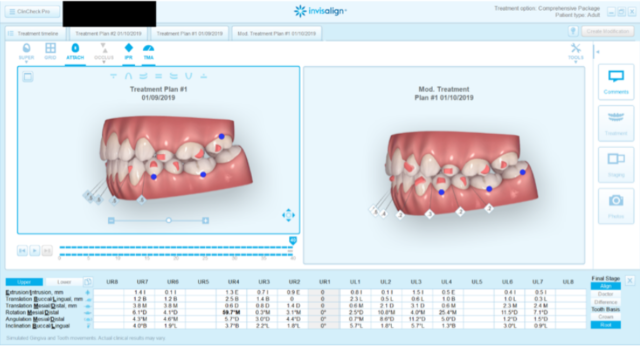 2) Change of a few attachments

A Brief overview of our review (Case modification: why and how?)